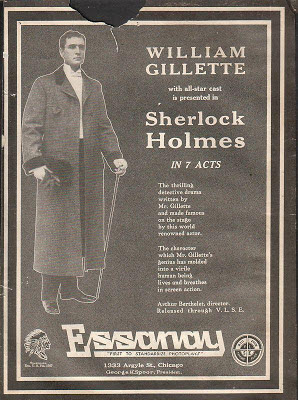 In 1916, at the age of 60, William Gillette starred as Sherlock Holmes in the film of his 1899 stage play. The film is lost but stills survive. This post archives some of those stills. (see 2014 update note below).

Working from a scenario written by H.S. Sheldon, the film was shot at Iverson Ranch, 1 Iverson Lane, Chatsworth, Los Angeles, by Essanay Film Manufacturing Company and was directed by Arthur Berthelet, assisted by William Postance (aged 42) who also appeared in the film as Sidney Prince .

At the age of 41, the stage actor, Edward Fielding played Dr. Watson - his first film in a distinguished screen career.

Fielding had appeared in the October-November 1915 Empire Theatre production of the play directed by William Postance. Also in both play and film was Stewart Robbins (as Benjamin Forman) who had made his Broadway debut in the same play in 1910.


The part of Sir Edward Leighton was taken by Hugh Thompson (aged 29), a silent film actor whose screen career ended in 1926.

For the Baron von Stalberg, the producers turned to Ludwig Kreiss, the popular actor and theatre manager of the Milwaukee German ensemble. After 5 years in Berlin, Kreiss moved to Milwaukee in 1890 and celebrated his Silver Jubilee as an actor/manager at the Pabst Theatre on May 21, 1915. Read more HERE in The Milwaukee Sentinel for May 20, 1915.

The Italian born Mario Majeroni (aged 46) played James Larrabee, having the previous year appeared with John Barrymore in The Dictator. He was also known by Charles Frohman, producer of Gillette's Holmes on stage, having acted on Broadway in three Frohman plays in 1907-9.

Fellow Italian, Fred Malatesta (aged 27) played 'Lightfoot' Mctague. This versatile perfomer would act in films until 1941, and was cast for comedy by Hal Roach. Here he is in the 1926 Get 'Em Young, which starred Stan Laurel.


Grace Reals was 50 by the time she played Madge Larrabee. A stage actress and light opera singer, she had started with the Bostonians Opera Company and appeared in nine films before her death in 1925.
Stage actress, Leona Ball, (Therese) had acted with Arthur Berthelet in 1912 on Broadway. Here she is in 1907.
18 year old Burford Hampden (Billy) had already acted with Gillette in Diplomacy (1914) at the Empire Theatre. He and Gillette also appeared in Postance's 1915 revival of Sherlock Holmes at the same Broadway theatre AND 1929's New Amsterdam production, again directed by Postance. Born in London, Hampden died in Florida in 1986. He began his career at His Majesty's Theatre, London in 1909-11 in The Critic & three other plays before appearing on Broadway in 1911.
It's a small world - Hampden became a leading light in NBC's ground-breaking Great Plays on radio in the 1930's: Dennis Hoey, Rathbone's Inspector Lestrade performed alongside him!

STILLS FROM THE UNIVERSITY OF MINNESOTA RARE HOLMES COLLECTION. 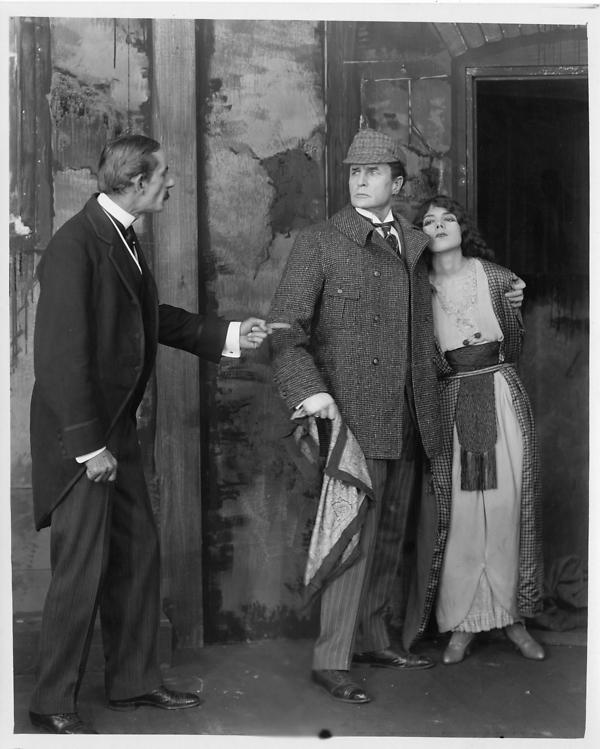 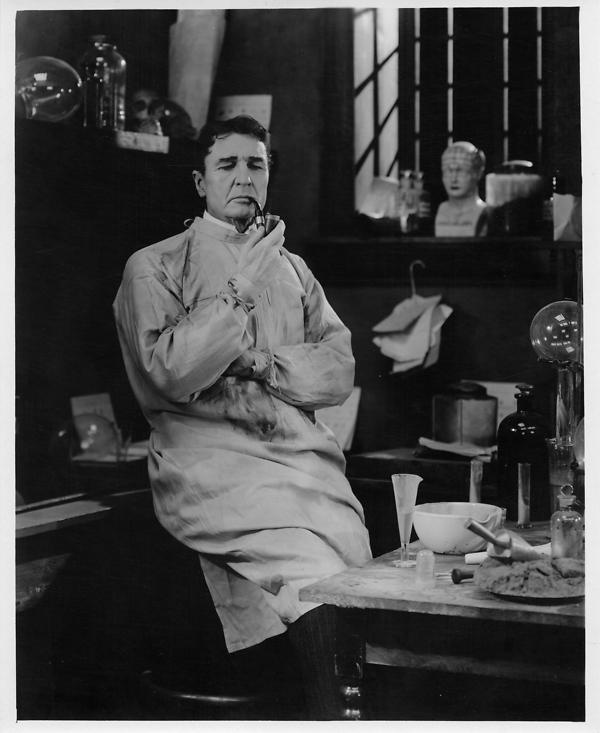 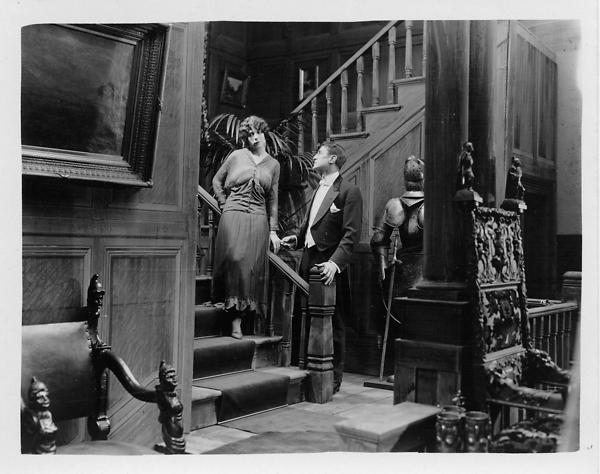 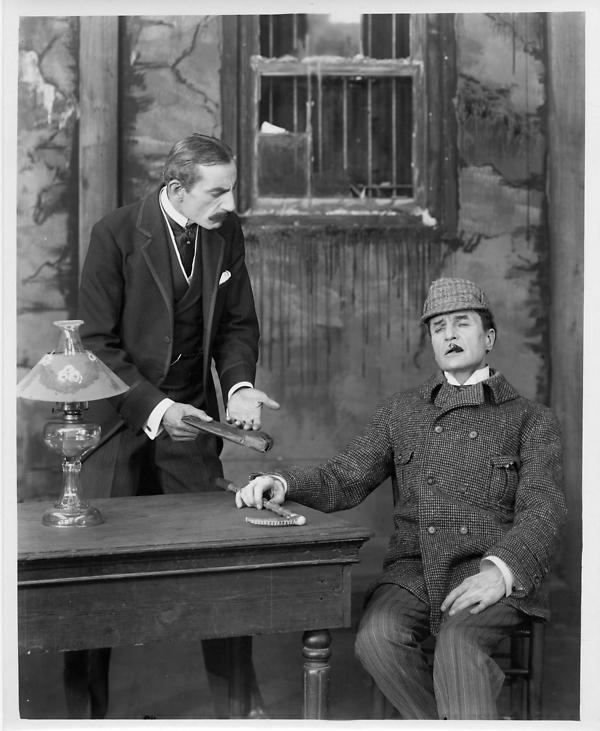 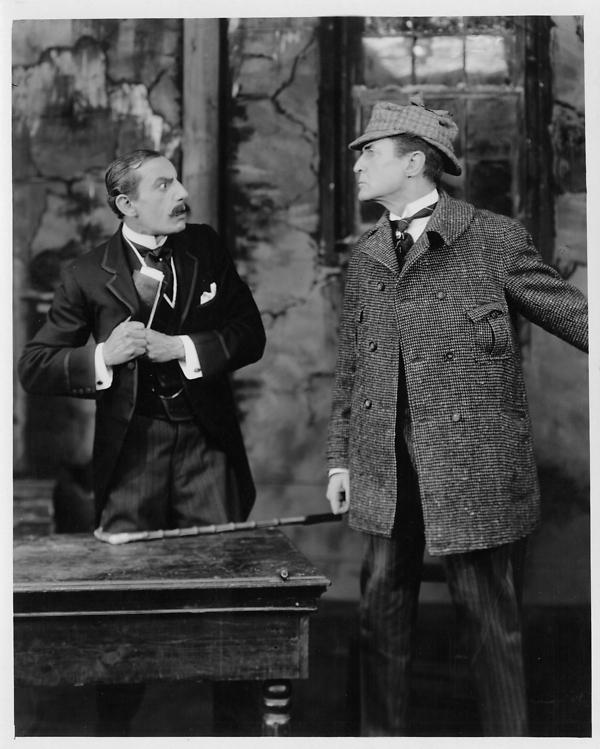 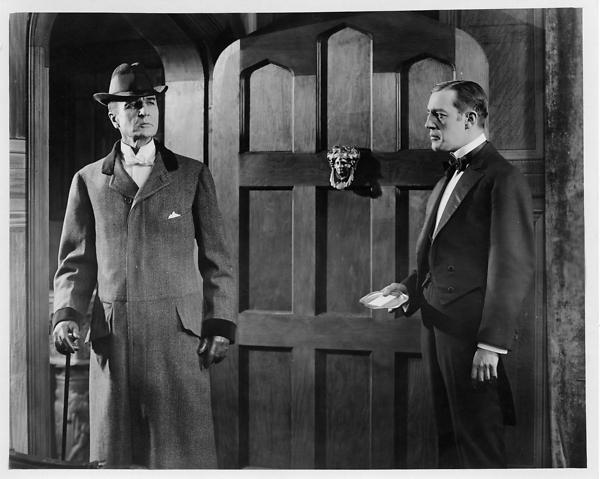 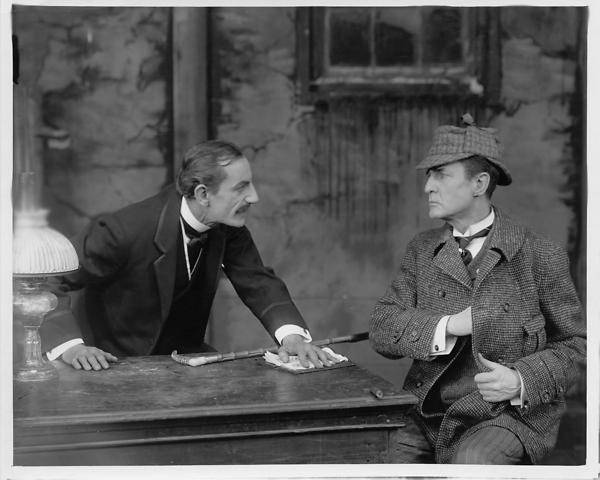 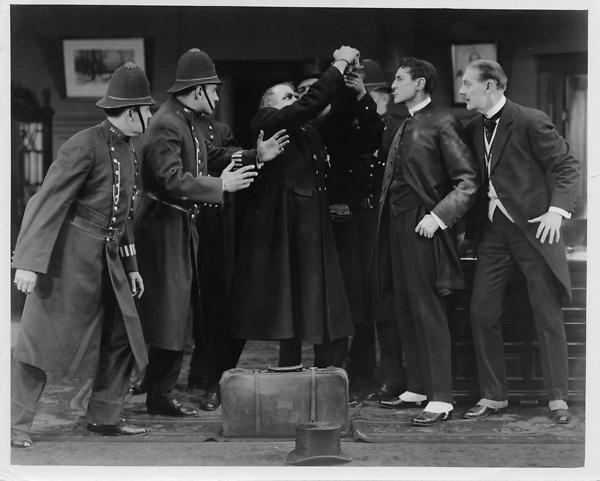 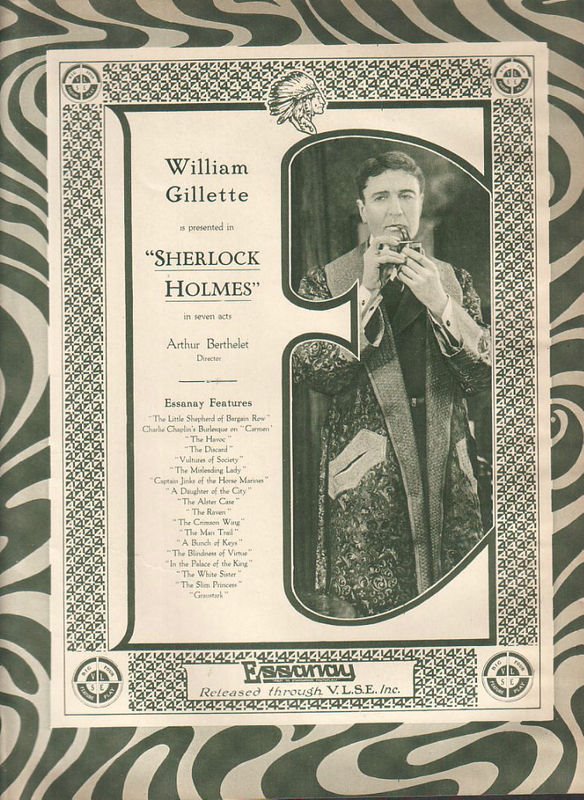 UPDATE: 1 October, 2014. It was announced today that a copy of the film has been discovered in the archives of Cinematheque Francais. San Francisco Silent Film Festival & Cinematheque will restore the film with a premier in Europe in January 2015, followed by a May, 2015 US premier.
© 2013 & 2014 Ray Wilcockson All Rights Reserved.
Posted by Altamont at 12:10 PM