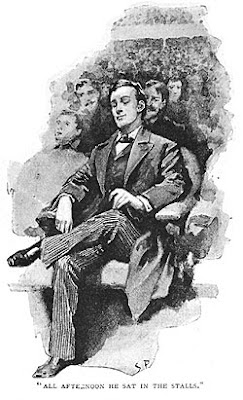 "All  the afternoon he sat in the stalls wrapped in the most perfect happiness..."
("The Red-Headed League".)

On the afternoon of Saturday, October 11th, 1890, John Clay and his confederate, Archie, were burrowing relentlessly from Jabez Wilson's cellar toward a vault beneath the City and Suburban Bank. Meanwhile, Sherlock Holmes and Dr. Watson relaxed at the Saturday "pop" concert at St. James's Hall, Piccadilly, listening to the virtuoso Spanish violinist, Pablo Sarasate. 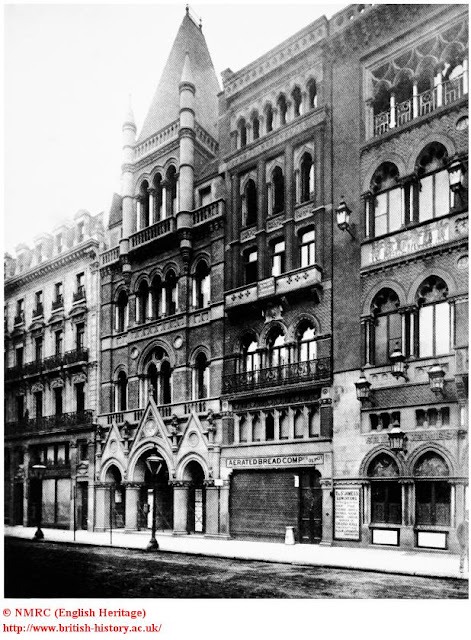 Opened in 1858, to the design of Owen Jones who decorated the interior of The Crystal Palace, St. James's Hall had frontages on Regent St. and Piccadilly. Built jointly by music publishers Chappell & Co. and Cramer & Co., it was London's foremost concert venue until demolition in 1905.


With a capacity of 2000 people in the Alhambra-style main hall, which housed the Monday & Saturday"Pops" classical concerts, the Hall had smaller performance rooms and a restaurant. One of these side halls was the permanent home of the Christy Minstrels (later the Moore & Burgess Minstrels). 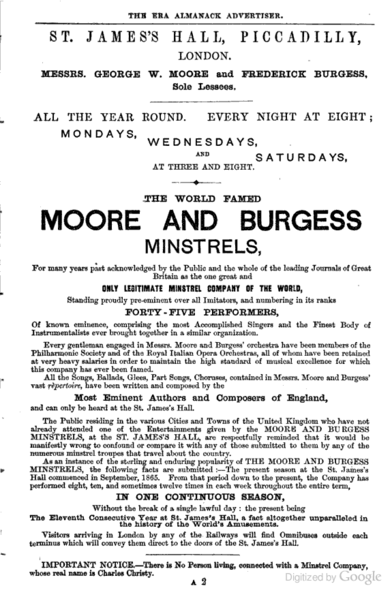 If George Bernard Shaw is anything to go by, the minstrel troupe's playing could often be heard in the main hall, making for a  surreal musical experience. In January, 1890:

"At the Hallé orchestral concert... I was inhumanly tormented by a quadrille band which the proprietors of St James's Hall (who really ought to be examined by two doctors) had stationed within earshot of the concert-hall. The heavy tum-tum of the basses throbbed obscurely against the rhythms of Spohr and Berlioz all the evening, like a toothache through a troubled dream; and occasionally, during a pianissimo, or in one of Lady Hallé's eloquent pauses, the cornet would burst into vulgar melody in a remote key, and set us all flinching, squirming, shuddering, and grimacing hideously"
That Lady Halle was, of course Wilma Norman-Neruda, one of Holmes's favourite violinists. One assumes there were times Holmes quietly cursed the "wild strains of brazen minstrelcy" rising from the room below.

I have three Sarasate pieces to listen to, this day in 2012.

1. Rachel Barton Pine playing his "Airs Ecossais" first performed by Sarasate himself in the St. James's Hall, May 28, 1894. As this is a month after the return of Sherlock Holmes, as recounted in The Empty House I like to think Holmes managed to catch the performance: Airs Ecossais.

2. Amazingly, recordings exist of Sarasate playing his own works in 1904. Listen to the man and the instrument Holmes loved, playing Zigeunerweisen: Sarasate in 1904.


No better way to end this post than to return to St. James's Hall to watch Brett's Holmes enjoying virtuoso violinist Bruce Dukov's recreation of Sarasate playing the Bach E major Prelude: Off to Violinland!