Thoughts on Names for a New Sherlock Holmes Club

I have been considering suitable names for a Sherlock Holmes club that would feel a spectrum away from The Diogenes of Mycroft Holmes.


Seeking an original name for such a club is not an easy task. Holmes clubs are so thick on the ground, it’s probably easier to find an unused internet domain name these days!


Naturally, the obvious ones went long ago. Red-headed Leagues, Red Circles, Orange Pips, Baker Street itself is choc-a-bloc with clubs of Irregulars and 221b’s.


I had thought to suggest something that implied conviviality and noted:

The Long Bar Club (in the Criterion) 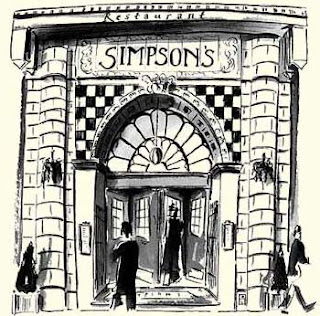 The Grand Divan (at Simpson’s in The Strand) 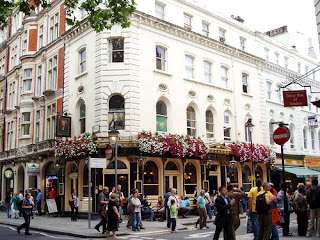 I still like The Goose Club (and The Museum Tavern upon which The Alpha Inn is most likely modelled).


My top recommendation however has to be BRIONY LODGE (no need for the redundant ‘club’) – the true polar opposite of the Diogenes Club. 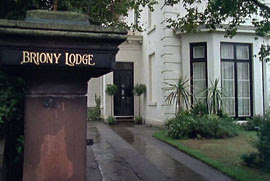 Irene Adler’s home in Serpentine Avenue, St. John’s Wood, is a fitting virtual address for serious writers and bloggers about Sherlock Holmes. It is a house where culture, the arts and humanity (male and female) are respected. I think of it always as full of music, conversation, laughter...not unlike 221b Baker St...and a world away from Mycroftian mysogynists.