April in Londinium - for @HudsonMartha


"Whan that Aprille with his shoures sote

The droghte of Marche hath perced to the rote…
Thanne longen folke to goon on pilgrimages…
And specially from every shires ende
Of Engelond to Bakere Strete they wende...”


From ‘The Prologue to the Canterbury Tales’ by Geoffrey Chaucer (well, almost!)

and Sherlockians the World over embark on the annual migration to where it all began – London, England.


Red-Headed Leagues from Texas to Nevada will deplane, detrain and hail cabs to be deposited on the gilded sidewalks of Northumberland Street, The Strand, Montague Square and Serpentine Avenue.


Diogenes devotees will prowl the pavements  to The Athenaum.


This Easter, the Savoy fair heaves with Moriartys, Sigersons and Doyles and,  lining the Long Criterion Bar, Watsons from Japan rub shoulders with  Connecticut Stamfords.


No beds may be had for months at the Langham or Charing Cross. The Park Plaza Sherlock Holmes, the Radisson Edwardian, Madame Tussauds and Bart’s Hospital are completely SHERLOCKED.


AND how to describe the Irregular Regiments, the Cumberbatch Platoons and Brettian Hordes that flow (a second Thames!) up Baker Street in pilgrimage to the Great Detective’s Shrine?


I wonder now (a-musing on these latter-day pilgrims) what stood in Chaucer’s time JUST THERE - upon the very site of 221b. 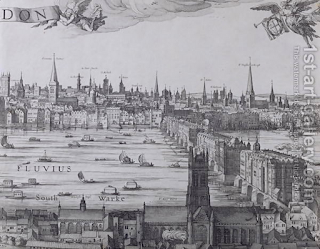 Baker Street was born as late as 1815. Chaucer died in 1400, when “the heron could be found in Marylebone Pastures”.  In those days “countless church bells rang ceaselessly to summon the pious to prayers”.


In 2012 it is the ring-tone of Android and Blackberry texting  and tweeting London’s serenade.


SO, Pilgrim, as you walk the golden streets of this great city – pause awhile. Hear and dismiss electrons in the air (there are still bells) and glimpse the capital that Chaucer knew:


“The London of Chaucer's time (the reigns of Edward III. and Richard II.) was a scattered town, spotted as thick with gardens as a common meadow is with daisies. Hovels stood cheek by jowl with stately monasteries, and the fortified mansions in the narrow City lanes were surrounded by citizens' stalls and shops. Westminster Palace, out in the suburbs among fields and marshes, was joined to the City walls by that long straggling street of bishops' and nobles' palaces, called the Strand. The Tower and the Savoy were still royal residences. In all the West-end beyond Charing Cross, and in all the north of London beyond Clerkenwell  and Holborn, cows and horses grazed, milkmaids sang, and ploughmen whistled. There was danger in St. John's Wood and Tyburn Fields, and robbers on Hampstead Heath. The heron could be found in Marylebone pastures, and moorhens in the brooks round Paddington. Priestly processions were to be seen in Cheapside, where the great cumbrous signs, blazoned with all known and many unknown animals, hung above the open stalls, where the staid merchants and saucy 'prentices shouted the praises of their goods. The countless church-bells rang ceaselessly, to summon the pious to prayers.” 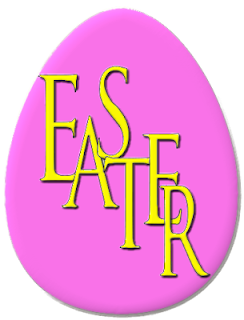 FOOTNOTE: (AN EASTER EGG OF A LITERARY GIFT FOR ALL WHO DARE TO IMAGINE)


F. SCOTT FITZGERALD SHOWS IN ANOTHER GREAT CITY HOW POIGNANT AND LIFE-GIVING  SUSPENSION OF THE PRESENT CAN BE:


One of the most poignant and telling passages in THE CRACK-UP anthology appears in Fitzgerald's 1932 essay about New York, "My Lost City." Returning a couple of years after the stock market crash of 1929 ("I once thought that there were no second acts in American lives," he writes, "but there was certainly to be a second act to New York's boom days"), Fitzgerald found a new skyline awaiting him. The Empire State Building, all 103 floors and 1,454 feet, had risen out of the dust of the Big Crash. Fitzgerald "went to the roof of the last and most magnificent of towers. Then I understood -- everything was explained: I had discovered the crowning error of the city, its Pandora's box. Full of vaunting pride the New Yorker had climbed here and seen with dismay what he had never suspected, that the city was not the endless succession of canyons that he had supposed but that it had limits -- from the tallest structure he saw for the first time that it faded out into the country on all sides, into an expanse of green and blue that alone was limitless. And with the awful realization that New York was a city after all and not a universe, the whole shining edifice that he had reared in his imagination came crashing to the ground."

A HAPPY EASTER TO HOLMESIANS EVERYWHERE!