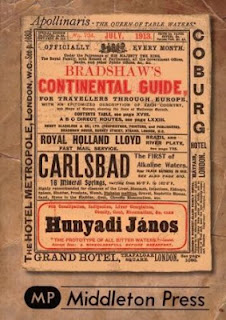 In Celebration of the 154th Birthday of Sir Arthur Conan Doyle.
A hundred years ago today, Conan Doyle was abroad on holiday.
To Mary Doyle, The Riviera. May 1913,
It is most beautiful here and real heaven on earth though hardly the folk one would expect to meet in heaven.We have had a delightful change and shall be ever so much the better for it. My darling has been shaken by the journey - the heat of French trains oppresses her - but is now in splendid health. I hope we get back still preserving it. I have neither won nor lost at the Tables as yet, but I mean to have a wee flutter on the last day, just for fun. The system is very fair with only a slight preponderance against the Bank.
Jean joins in fondest love. We have had some wonderful drives from here to Mentone, then by the high road to Nice, on to Grasse, back to Cannes and so home to Beaulieu & Monaco. We hired a motor car for the day and so covered much ground.
The couple would cross the Mediterranean from Marseilles and dock at Port Said on 27 May - a voyage of four days. I suspect, therefore, that Sir Arthur had timed his 'wee flutter on the last day' to fall on the 22nd, his 54th birthday.
In those early days a Riviera holiday was still classed as a Winter break. This one was at short notice - ACD had been over-working and the respite was sorely needed. France in the last peaceful year of La Belle Epoque was just what the doctor ordered. Even ACD, with all his prescience could not have imagined how utterly all would be changed within a few short years.
The title story of 'Danger! and Other Stories', published in 1918, was written 18 months before the outbreak of war. (read online HERE ).

Casino Doyale
What ACD would mean by 'a wee flutter' is anyone's guess. Strange things happen to people once they are seated at the Baccarat or Roulette Table. ACD was a rich man, especially since the 1910 success of his stage version of 'The Speckled Band'. It is perhaps fortunate they took their Riviera holiday in May rather than in the August of that year.
For something very unusual happened in a game of Roulette on August 18th, 1913, in the Monte Carlo Casino:- the ball fell in black 26 times in a row. 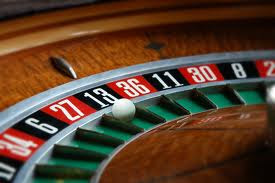 This was an extremely uncommon occurrence, although no more nor less common than any of the other 67,108,863 sequences of 26 red or black. Gamblers lost millions of francs betting against black, reasoning incorrectly that the streak was causing an "imbalance" in the randomness of the wheel, and that it had to be followed by a long streak of red.
This dramatic event has gone down in history as the classic example of 'Gambler's Fallacy' and one wonders how tempted ACD might have been or whether the Sherlock Holmes in him would have seen through the fallacy. WIkipedia Article Here.
In celebration of Sir. Arthur Conan Doyle's birthday anniversary, I offer, for Markings readers a selection of films that take you on a 1913 holiday to the South of France and into the timeless setting of Le Casino of Monte Carlo.

Faites vos jeux!
1. Michael Portillo's Great Continental Railway Journeys - London to Monte Carlo following Bradshaw's 1913 Guide.
2. Monte Carlo was the location for the Casino scene in 'Goldeneye' 1995.
3. In 1953, the US version of 'Casino Royale' used Monte Carlo's Casino as a location:
(the full film is easily found on Youtube)
4. 'Once Upon A Crime' 1992 has hilarious scenes on location in Monte Carlo's Casino in part spoofing Bond's classic scenes:
Rien ne va plus!